‘Co-working spaces’ fulfill, besides their function as affordable atelier space for artists and creative individuals, an increasingly social and economical function. COL-researcher Boukje Cnossen researches the phenomenon of ‘co-working spaces’ in Amsterdam en Paris. Well, what do they actually incorporate?

In 2005, the first official co-working space opened its doors in San Francisco, in a spot called Spiral Muse. Ever since many of these places have appeared worldwide. The American phenomenon was mixed with local practices and policy choices, like zwischennutzung in Berlin, social businesses dating from the seventies in London, and breeding grounds in Amsterdam, which initially had to guarantee the city was offering sufficient affordable ateliers for artists and creative individuals. Nowadays, the breeding grounds also start to fulfill a more social and economical function.

This research makes use of the following definition of co-working spaces: ‘A workspace that has shared desks, a good internet connection, usually at least one open-plan space, a common kitchen area and meeting facilities. […] Often there are no dedicated spaces, desks or chairs, and one can/must choose anew every morning: where do I sit? With whom?’ 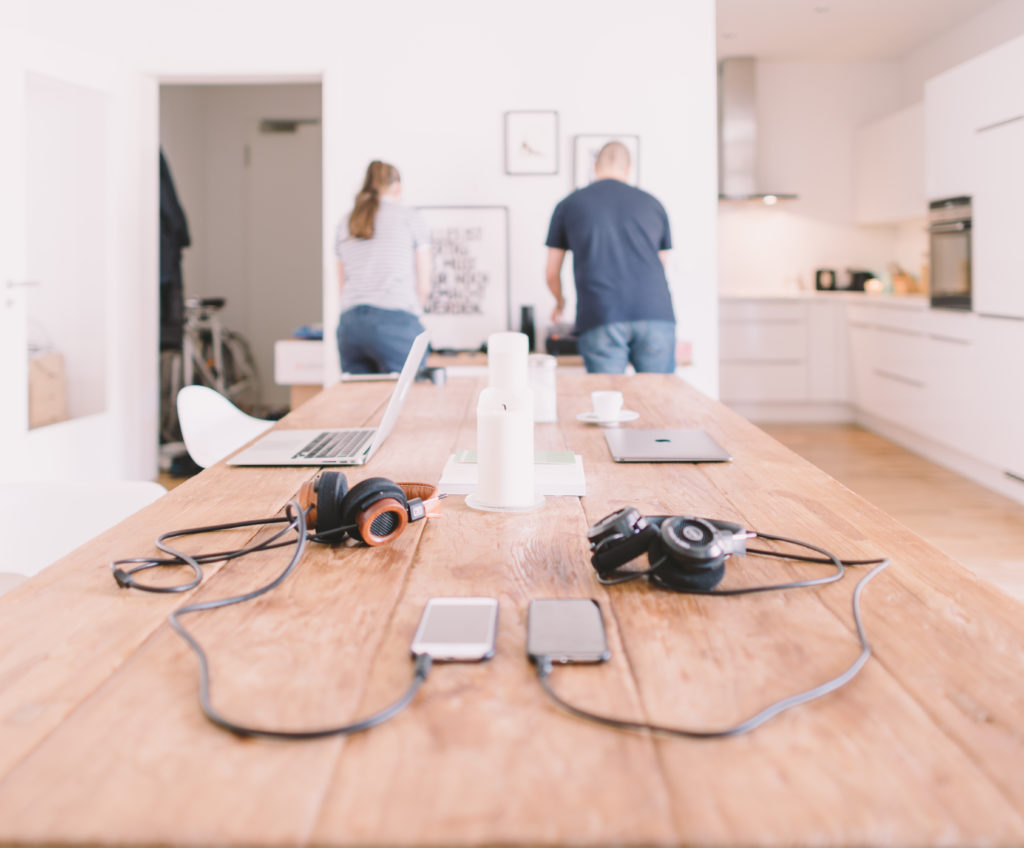 Since job security isn’t a given fact for many anymore, people have to model their professional identity differently. Co-working spaces also play their own role in this process. They are more than neutral spaces for efficient and rational business practices, but just as well spaces to regulate social behavior. People are looking for one another and form their own community, with their own written and unwritten rules. They possess the same collection of characteristics regarding behavior, taste, knowledge and skills. Users of co-working spaces are most often of similar backgrounds, gender, skin color and class.

The scope of this research ranged over four co-working spaces in Amsterdam, the Netherlands, and six in Paris, France. The similarities between the two cities are surprising. Entrepreneurs and project workers using the spaces provided several reasons for doing so. First of all, they want a change from the boredom of working from home and are secondly forced by lack of space when looking for distraction. Furthermore, it is important to them that their working space is easily reachable and close to their homes, because they have to motivate themselves to get there. The space needs to be embedded in an urban or local environment; community is important. Another feature of co-working space’s success is when users feel comfortable, as if they are at home. The user has to get the feeling that work life won’t get better than this.

Slippery slope
The groups forming within co-working spaces are homogeneous, which may also cause disadvantages. Social activities within the working environment sometimes take on forms of forced pleasure, including alcohol and drug use. People unwilling to join in, may be marginalized. The combination of work and fun in the co-working space offers in addition a perfect setting for people to work extremely hard. Even this can take on unhealthy forms.

The coziness and fun of co-working spaces help to compensate the insecurity of the freelancer’s life. Moreover, the buzz of co-working spaces in certain underdeveloped urban areas may be used to keep friendly with institutional stakeholders like municipalities and project developers. Although, it’s not the freelancers working in such a place that are too happy with these contributions. Our research argues, therefore, that we have to look critically at cozy looking working spaces; not because there is something wrong with coziness and a warm environment, but because the it might serve another purpose. “When your employee feels at home, he’ll work harder,” one of our interviewed entrepreneurs states strikingly.

« Negotiate with creativity, not with the price
Is the creative industry a job factory? »

In dit onderzoek wordt gebruik gemaakt van de volgende definitie van co-working spaces: ‘A workspace that has shared desks, a good internet connection, usually at least one open-plan space, a common kitchen area and meeting facilities. […] Often there are no dedicated spaces, desks or chairs, and one can/must choose anew every morning: where do I sit? With whom?’