Shopping areas are changing, which is a great sign for the creative industry, according to Arjan van den Born. Throughout inner cities new slow shopping concepts are emerging gradually; places where creative and artisanal entrepreneurs work, sell and attract clients together. 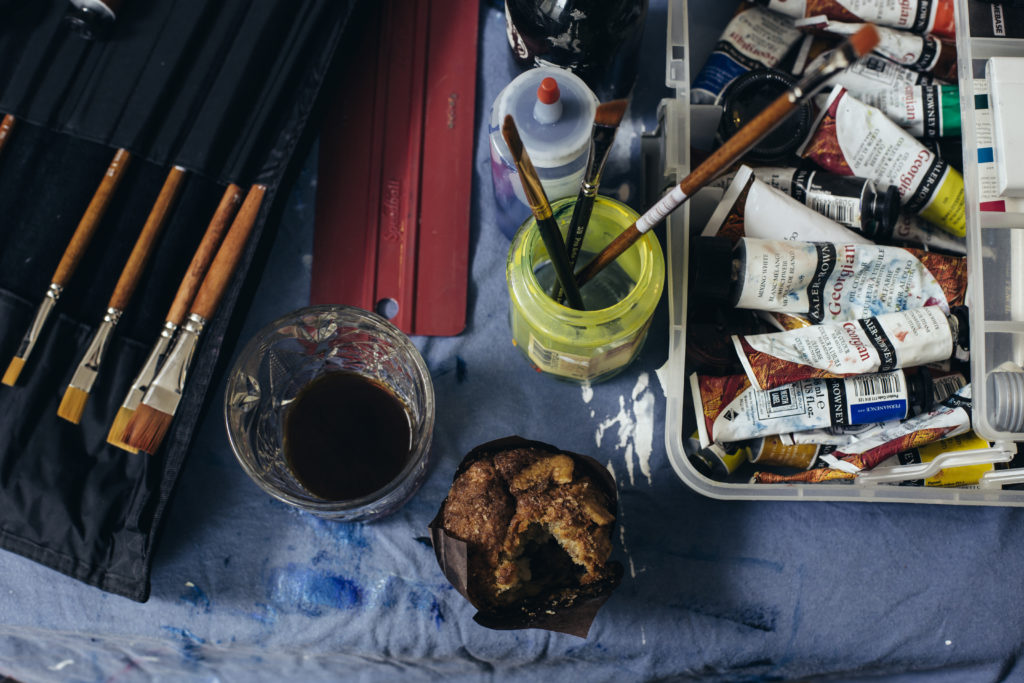 It is overly clear within the creative industry that not all is crescendo. Budget cuts have hit hard within the culture and art sector, the unwavering digitalization has a huge impact on media, entertainment and design, the building crisis affects the architecture sector, and the overall reluctant economy touches us all. Especially creative entrepreneurs, either freelancers or small offices, face difficult times. It is hard to see the few still existing chances and use them well in times of little interest in creativity.

Though, there is light at the end of the tunnel for for creative entrepreneurs, even when the ray is still small. Especially in these times when old patterns seem to start failing, great opportunities arise. Not only for global citizens and the so-called digital natives focussing on games and apps, but also for the more traditional minded creatives. Because a strong countermovement has risen over the last five years, in which the need for connection and traditional handiwork plays a mayor role. The so-called ‘slow movement’ with greater and more conscious attention for food, art and shopping. The last phenomenon, slow shopping, is the one I would like to discuss, as this offers opportunities for many traditional creative entrepreneurs; those who are more attracted to traditional artisanship, than to modern techniques.

All larger cities in Europe face a great challenge: how to deal with shopping areas while traditional shops are rapidly disappearing? The domestic appliance chains, music stores, computer stores, telephone shops, shoe stores, and the local fashion shop are seeing a 5-10 percent revenue transfer towards their internet sales. Of course, there will space in shopping areas for the greengrocer, the supermarket, the bakery and the butcher –our daily essentials– but shopping has become more and more a choice; will I order that dress from my tablet or do I go out into the inner city? Within a few years about half of the current retail mix will be extinct. What does that mean for the future of a city? If cities want to keep a vibrant shopping area, they will have to position their inner cities all the more as attractions. The inner city has to become an experience. New shopping concepts slowly arise within inner cities, in which artisans and creative entrepreneurs work, sell, and attract clients together. The potential attractiveness of these artisan entrepreneurs is enormous, as is proven by the overwhelming success of the exhibition Hand Made in Boymans van Beuningen Museum in Rotterdam, The Netherlands. People are increasingly interested in the origin and unicity of their products.

This slow shopping trend is still in an early development stage. Municipalities and retail space rental companies are still a discovering the phenomenon. Rental prices of over 500 Euro per year for a square meter (!) are still commonly seen in many Dutch inner cities. Creative entrepreneurs will never be able to afford that. Municipal requirements and transport routes will have to be adapted as well, in order to bring professions like smith and carpenter back into the inner city. But municipalities don’t have many too many options left, in case they want to maintain the attractiveness of their inner cities, with the alternative being empty shopping areas. Sooner or later, both landlords and municipalities will have to invest in more divers shopping areas in which creative entrepreneurs, artisans and traditional shopping chains strengthen each other and offer a lively inner-city experience altogether. The question is, which municipality dares to pull this off and will stay ahead of the competition?

Learn more about Slow Shopping? Start with this article from Katie Holdefehr

« What if Art was a country?
Column | Pet project »